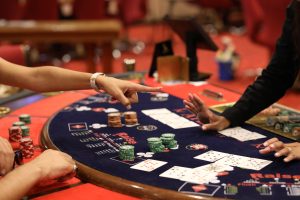 People have always seen an appeal in games of chance and games of skill. Here you can find out where the origins of this form of entertainment lie.

People had always enjoyed games that test their abilities as a form of entertainment. The oldest board game dates back over 5000 years. The first card games appeared in Europe in the 14th century, having spread from Arab countries and Egypt through migrating peoples and explorers. Casinos are probably the most organized type of gaming today. It isn’t just about having a good time; it’s also about obtaining great victories. But how did the first casinos emerge, and why are they so popular today?

It all started in ancient times

The oldest games of chance lead archaeologists back to antiquity. In fact, the first cube prototypes were found here, manufactured several thousand years. It is believed that they were initially used for divination and magical rituals until they were used for gambling. This happened in the 6th century BC. When the first circus was founded in ancient Rome – a public place that encouraged visitors to place money bets and play craps. Of course, to enjoy one of the oldest forms of entertainment in the world these days, you don’t have to go to a circus or travel to Monaco or Las Vegas. Thanks to the Internet, there are realistic-looking virtual online casinos that can be visited from anywhere.

The story of the first casino as we know it today started in 1638, with the opening of Europe’s first gambling establishment in Venice. “Il Ridotto” was the name of the casino. The phrase ‘casino’ is Italian word, referring to a ‘small building’. The origin of this term can be traced back to the fact that gambling could only be done in private homes prior to the establishment of the first legal casino.

However, the first official casinos had more to offer than just gambling. Visitors were also entertained with dancing and music to attract a wider audience. At that time, visitors also had to follow certain rules relating to dress code and behavior. Today, everyone is granted entry if the age requirements are met.

The existence of “Il Ridotto” was of great benefit to the state as the casino had to pay high taxes for its business. However, the Church’s negative attitude towards this type of entertainment forced the Italian government to criminalize gambling, prompting the world’s first official casino to close its doors.

One end and many new beginnings

The first casino in Paris had the first roulette wheel, which was particularly popular with women. This was made possible by the shrewd Cardinal Mazarin, who tried to replenish the treasury with taxes from the gambling business. In 1765 a magnificent casino was built in Paris.

The heyday of casinos
European casinos had their heyday in the 19th century. Monaco became a casino stronghold. A visit to a casino was a must for people of high standing, as they discussed current political and economic issues. To this day, the capital of gambling is a real magnet for entertainment lovers like playing in ‘ 918kiss download apk ‘ who want to hit the big jackpot.